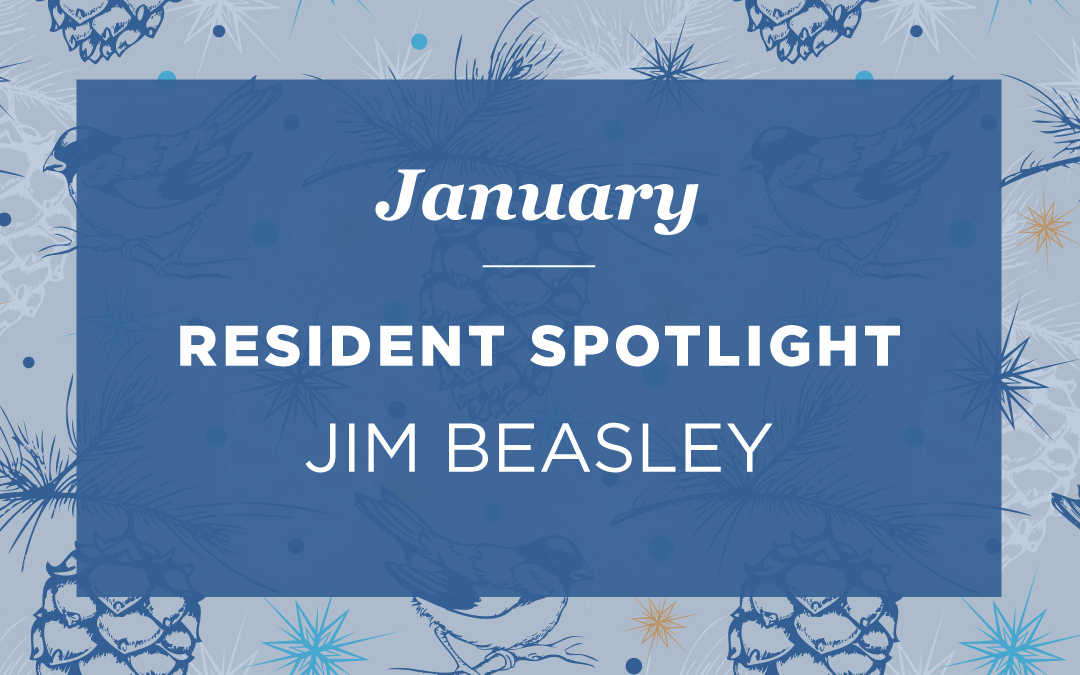 Jim has been a resident in our community for several months now. He and his family are from Birmingham, Alabama. Jim met his wife of 57 years at their workplace, where they were both social workers. They have one daughter and one grandson. Jim was an Assistant Chaplain in the United States Army, and he went to Wofford College in South Carolina.

He has been very active all of his life, playing several sports, and was active in many chess tournaments. He has also been in several choirs. He has brought so much joy to our residents and care staff and has made some great companions. Jim participates regularly in BINGO, exercise, and devotionals. He is an Alabama fan, and you can always find him representing his team sweatshirts!