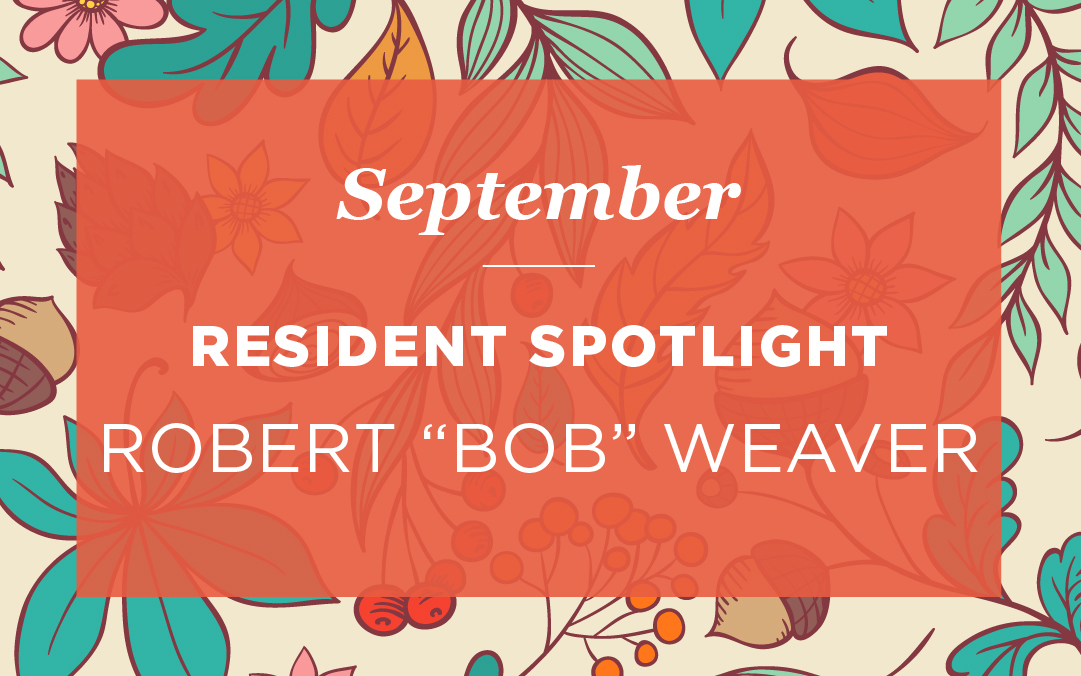 Robert “Bob” Weaver was originally a “Jersey Boy.” He was born on December 17, 1932 in Swedesboro, New Jersey. He has two sisters, and is the middle child, so naturally, he never got in trouble, because he always had someone to blame. (His words.) He graduated from Pittman, and married his sweetheart, Doris. They had four beautiful girls that still make time to come see him, even the ones who don’t live close by. He is so proud of the women they have become. They are kind and smart, they married great men, and they take great care of their families.

Bob was a mechanic, welder, and jack of all trades. He ended up owning his own transport business, and retired after 16 years of operation. He was actively involved in the church, and had various hobbies. He was invited to be a Mason, but declined the offer. He still enjoys watching sports and world news, and is enjoying his retirement life.

He was chosen as our spotlight resident this month because of his friendly, funny personality and willingness and determination to not let anything keep him from moving around. He is a great man of God, and it shows in his actions and words. He is a friend to all. He never lets anything keep him down. Although he is fairly new, we are blessed to have Bob as part of the Rosewood family, and we are looking forward to making more memories together. Thank you for being you, Bob!