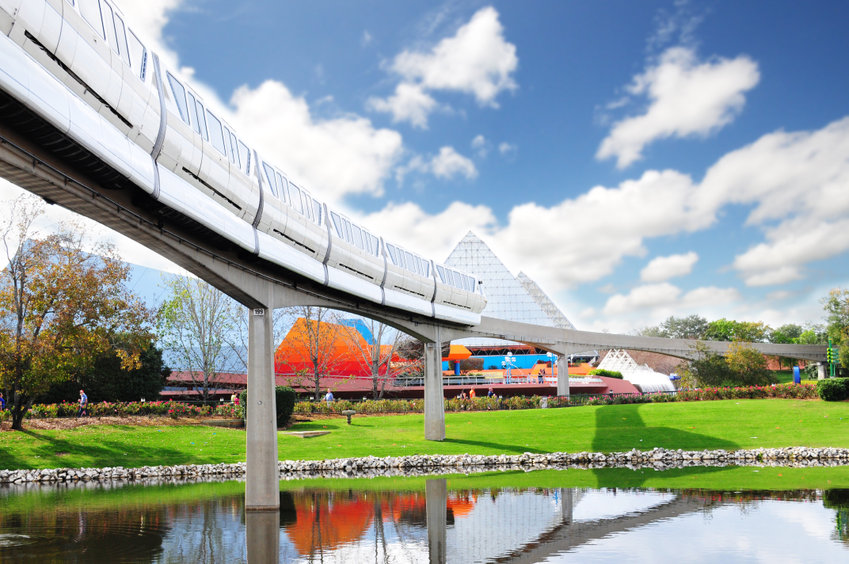 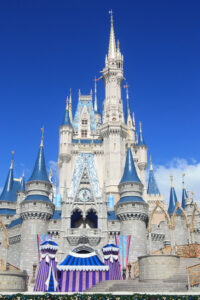 Disney World is made up of four theme parks, two water parks, 27 themed resort hotels, nine non-Disney hotels, golf courses, a camping resort, a shopping center, and a whole lot of heart – which is what makes it such a special place for so many. First opened on October 1st, 1971, this year marks Disney World’s 50th anniversary, and they plan to celebrate big time.

The park has been decked out to celebrate this important milestone, and special provisions have been made to make this 18-month party The World’s Most Magical Celebration. Whether you’re an avid Disney World goer, or you’ve just enjoyed the occasional film from time to time, the odds are you’ve felt a connection to this magic in some form or another over the years. From Mickey Mouse to Moana, Disney likely holds many memories for you and your family, your children, and your grandchildren.

In honor of this special anniversary, here are a few fun facts about Disney World you probably didn’t know.

1– A whopping 70,000 people are employed at Walt Disney World in Florida. That is more employees than every other Disney park across the globe combined!

2– The Tower of Terror at Disney’s Hollywood Studios and Expedition Everest at Disney’s Animal Kingdom are the two tallest structures in the entire park, at 199-feet tall. In fact, structures taller than 200 feet require flashing aviation lights, so this just-shy measurement was very much on purpose.

3– Admission to Disney World used to cost the same as a bottle of Dasani water does at the park today – $3.50. A one day pass now costs around $109.

4– Disney World features a secret underground trash system to remove trash from the park. The automated vacuum collection system (AVAC system) functions via underground tunnels that custodians use to remove trash by dumping it into special processors that transport, compress, and transfer trash and recyclables to landfills and recycling centers.

5– Walt’s original plan for Epcot was to turn it into a model community for 20,000 selected residents, with shopping areas, residential properties, theaters, restaurants, and even a climate-controlled setting.

6– The American flags seen around the park are actually missing a stripe and a star. The reason for this is so that the park doesn’t have to follow traditional flag etiquette, because the flags are technically pennants. Interesting, right?

7– Recycling at its finest: Epcot’s iconic Spaceship Earth was designed to collect rainwater. Rainwater never pours off the 16-million-ton sphere, but instead, travels through a passage in the ball, and is then funneled into the park’s World Showcase Lagoon. 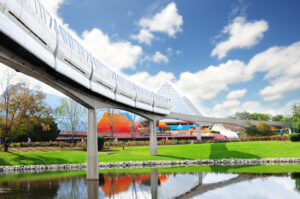 8– Visitors are never more than 30 steps away from a trash can at Disney World. Not only is this thoughtful feature convenient as park goers never have to carry trash around for long, but also it helps to ensure impeccable cleanliness.

10– There are a total of 30,000 rooms at all of the Disney World hotels and resorts. That means it would take a person 68 years to stay in each one of them at the rate of one room per night!

It’s clear that Disney World is a truly special place. Happy Anniversary, Disney World, and thanks for 50 years of magic!